Top 12 Best Treks in Nepal – Trekking in Nepal 2022/2023 Everest Base Camp (EBC) Trek has been one of the greatest treks in the world for many years now. The trek to the base camp of the worlds highest does not need an introduction. You can experience the pristine expanse of the natural wonders with this trek. EBC Trek attracts thousands of travellers every year.

The journey to the foot of the world’s tallest mountain begins with a 40 minutes flight from Kathmandu to Lukla.  After that, you trek and it takes around 7-8 days to reach the Everest Base Camp depending on your itinerary. The trek is normally a 12-15 day trek.

Top 12 Best Treks in Nepal – Trekking in Nepal 2022/2023 list of best treks in Nepal can not be complete without this, Annapurna Base Camp Trek (also known as Annapurna Sanctuary Trek or ABC Trek), starting from Nayapul or Ghandruk village. Ghandruk and Nayapul can be reached from Pokhara in less than a day.

It is normally a 10-13 day trek but it can also be customized according to your needs. Annapurna Base Camp Trek has trails covered with greenery and forest. The dense forests are filled with beautiful rhododendrons and bamboo that will make your journey enjoyable. ABC Trek is full of thrill and adventures but is still suitable for first-timers. This adventurous trekking trail is quite popular for the mesmerizing views it has to offer. Along with the Annapurna range, you will get to observe a range of magnificent high peaks such as Machhapuchhre, Langtang, Manaslu and even more. Read our Annapurna Base Camp Trek Blog for more insights on the trek.

With an elevation of only about 4,130m, the Annapurna Base Camp trek is considered to be a lower-altitude trek. So, there is less chance of altitude sickness and fatigue problems.

Top 12 Best Treks in Nepal – Trekking in Nepal 2022/2023 if the spellbinding view of the massive Annapurna range is what you seek, then Annapurna Circuit Trek is the right choice for you. Regarded as the most dangerous mountain with an extreme level of difficulty to climb, Annapurna massif is particularly a set of thirteen peaks among which six prominent summits are Annapurna I, Annapurna II, Annapurna III, Annapurna IV, Gangapurna, and Annapurna South.

Annapurna Circuit Trek is famous among trekkers due to its asymmetrical trails. It is the oldest trekking trail which was used in the past as a trade route by Nepalese and Tibetans. The Annapurna Circuit Trekking Trail, encircling the Annapurna massif, starts from Bhulbhule and finally ends at Thorung La pass. If you are on a long vacation then trekking along Annapurna Circuit Trail is recommended for you as it is a 15-day long trek and can be extended up to 20 days or even more.

The trails encompass some beautiful places in Nepal like Manang, Mustang, and Jomsom. The trek provides a panoramic view of some of the highest peaks of Nepal such as the massive Annapurna mountain range, Dhaulagiri Manaslu, Machhapuchhre, Himchuli, Lamjung, and Tukuche peaks. The fertile land of the Annapurna region supports various vegetation so you’ll also get a chance to explore the dense forest and distinct flora and fauna.

Annapurna Round Trek takes you around the thick settlement of the Gurung and Thakali people and offers you to witness the traditional Gurung and Thakali culture. You will get a chance to experience the gift of nature, explore the region and manifest the exotic view of the Himalayas ranges which is attainable from nowhere else.

If you have tried other easy and medium-level treks, and are looking to challenge yourself with difficult and off-beaten treks in Nepal, then Makalu Base Camp Trek is for you. This trek is adventurous and full of wilderness and the trek will test your strength, endurance and also your love for adventure.

The Makalu base camp trek is not for the faint-hearted. As I have already mentioned, it will test your strength and endurance. The trek requires a nice level of physical fitness. 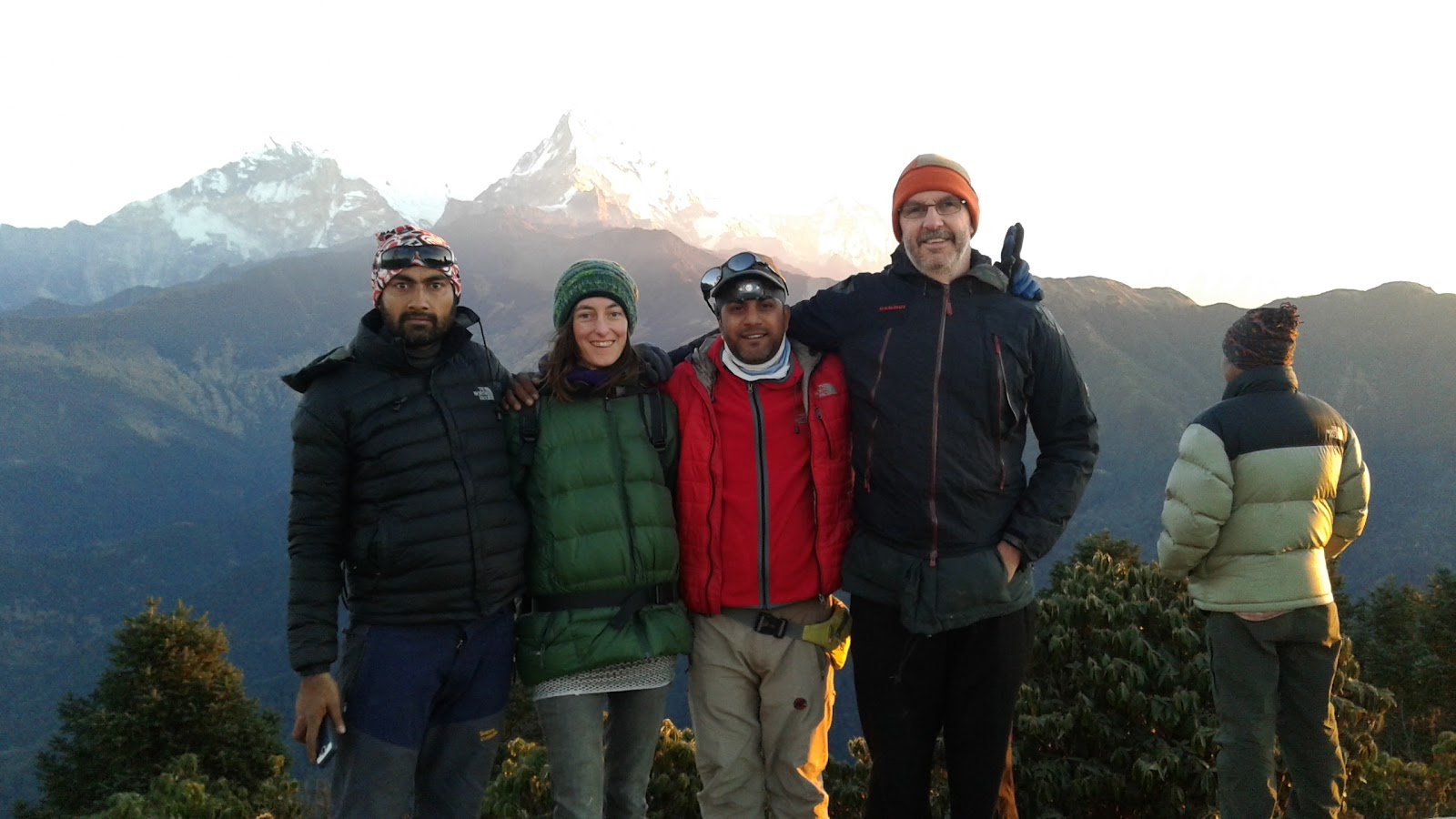 Ghorepani Poon Hill Trek can be categorized as a short and easy trek in Nepal. Gurung villages, thick rhododendron forests, panoramic mountain views, and breathtaking sunrise views from the back of the Annapurna mountain range are the main attractions of this trek.

Regarded as the third highest mountain in the world, Kanchenjunga is a synonym for danger because of its path to reach its top. No one has ever been able to climb this wonderful yet dangerous mountain to date. The beauty of Kanchenjunga is no less than a fairy tale, and that may be the reason it attracts trekkers to its difficult trails. The trek is one of the best treks in Nepal among the less ventured areas.

It is a 25-day long trek and requires KCA and RAP permits with other restricted permits. Thus, the Kanchenjunga Trekking Package cost is slightly high compared to other trekking in Nepal.

The Kanchenjunga trek is fairly difficult and is not for people with low levels of physical fitness. The trek takes you through difficult trails and is also remote. 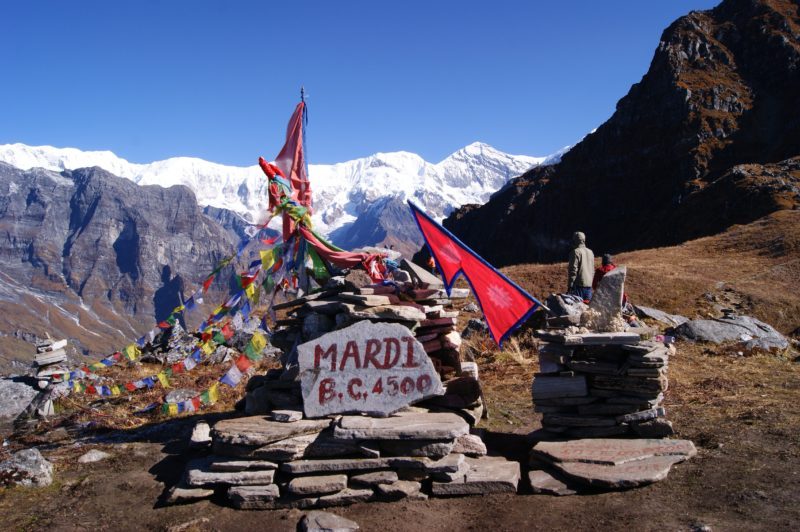 The high mountains like Mardi Himal, Annapurna, Machhapuchhre, and Hiuchuli are clearly visible during Mardi Himal Trek. The winding Annapurna Trails are rough so you can expect a challenge as well as an adventure. Enjoy the solitude and explore the middle part of Nepal with the background of some majestic mountains and pristine nature. At Heaven Nepal Adventure, Mardi Himal Trek is an 8 days package. Gokyo is a small village located in the Eastern part of Nepal at an elevation of 4,750m. The trek is considered an alternative trek to the Everest Base Camp Trek because the trekking path of the Gokyo Valley Trek is less rough and challenging. The trek still offers a magnificent view of the Mount Everest range along with the Longpongo Lake, Gokyo Lake, Taboche Tsho Lake, Cho Oyu Himal, and Ngozumpa glacier. It is normally a 15-day trek.

Gokyo Valley Trek is a moderate trek and can be accomplished by trekkers with an average level of physical fitness. 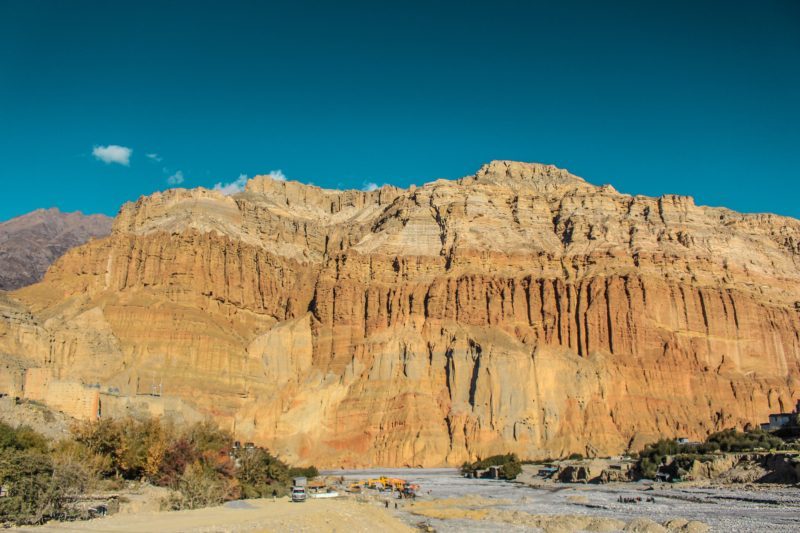 Another long and venturesome trek in Nepal is at the secluded northern part of the Mustang. The isolated yet captivating barren land of Upper Mustang can be explored with Upper Mustang Trek. The trek takes you to an elevation of 3,800m and with most of its remote trails, is considered an off-beaten trek.

The exceptional geography of Upper Mustang is dry and deserted yet surrounded by majestic mountains giving a spectacular view to cherish. The temples, monasteries, Tibetan prayer flags, tea houses, and huge stones with bizarre structure adds glamour to the beauty of this Upper Mustang Trek. With not much human population, Tibetan culture has been preserved for centuries in the Upper Mustang areas.

A 15-day long trip to the Upper Mustang Trek from Heaven Nepal Adventure starts from Pokhara or Kagbeni and it requires special permits too. The trek is accessible during winter but the trek is really harsh so you must be physically and mentally prepared.

The trek does not take you to very high-altitude areas but it does require a good physical fitness level. 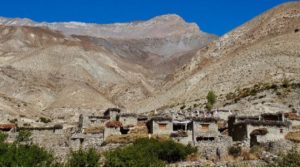 This elongated 25 days of trekking is challenging yet the view of Kanjirowa Mountain and the mesmerizing Phoksundo Lake captivates the trekkers which make them forget the struggle and tiredness.

Upper Dolpo Trek is a great way to explore the typical Tibetan culture and monasteries. The beauty of Dolpo was manifested in the 1999 Academy Award-winning movie Himalaya and it has helped this remote Upper Dolpo Trekking attract some trekkers. The trekkers should acquire some special permits. If you are looking for less ventured trekking areas, this is one of the best treks in Nepal for you.

So, that’s the list of best treks in Nepal and until now, you might have made up your mind on which trek is the best for you. These treks are only some of the options and you might also have other trekking ideas. Inquire us if you want any information about trekking in Nepal.